This is a review I originally wrote on Imdb.com

Among others, Treason is a major theme of the movie. It has a tad of importance in bringing tension to the story. It is the gateway used to captivate and avails the audience attention. There are three main causes of treason in Frozen; Elsa’s ambiguous treason to the sisterly love between her and Anna, Arendelle’s miscomprehension of Elsa’s attitude, and Hans’s treason towards Anna.

The first impression of treason in Frozen plays an important part by which the story unfolds to the climax as it helps the audience to better understand Elsa’s fear, overprotective character and personality. It happens at the end of the coronation day when Elsa neglects Anna’s pretense of true love and asks her to leave Arendelle. At this moment, we are able to better understand the gap in the relation they share since Anna’s childhood accident. This is in fact the result of the translucent but real love that Elsa has for her younger sister. Her excessive want of protecting Anna from her powers makes her the reckless, inappropriate and non-caring sister for Anna especially at this moment of the film.

The most important act of treason which hovers around the climax of the movie though is Arendelle’s miscomprehension and reject of their newly coronated Queen whom they consider as a terrible monster and threat for the Kingdom. The way Arendelle responds to Elsa adds up to her fear which causes her to escape the Kingdom, to settle and alone herself on the North Mountains where she believes to be free and evacuates her long concealed fear. This feeling of treason continues to exist till the end of the sequel when she is imprisoned and sentence to death by Prince Hans.

Further in treason, Hans clearly shows his real motivation of loving Anna when he refuses to kiss the latter in hope that she will die since she has been struck to the heart by Elsa. By this means would make him heir, hope and King of Arendelle. This act of treason helps to expand before its conclusion one of the major theme which is Love. It gives much more meaning to Anna and Hans’ song “Love Is An Open Door.” Anna’s quest for affectionate love and Hans’ who seeks only in establishing himself in a Kingdom completely outmatch the audiences’ hope of true love one might thing the two of them would be sharing. Hans’s treason also provides scope for the newly discovered but early developing true love between Kristoff and Anna.

The link has been copied!

Getting the Bellroy :: Hide & Seek Premium In Mauritius 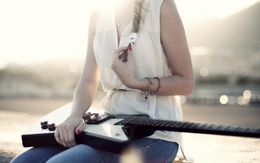