The eclipse finally started to hit on my way back to Port-Louis (Mauritius capital city). I was still in a bus, so I pulled out my shades and started looking up the sky through the Window and there was it, A little glimpse of the moon eating out the Sun!

Alrighty! So, it's been almost a year since we had this awe-inspiring annular solar eclipse in Mauritius. Just for the record, this partial solar eclipse took place on the 1st of September 2016 and was visible between 10:15 to 15:00 UTC +4 if I'm not mistaken.

This might seem a bit funny that I never really got the time to pen down how I lived the 1st of September.

So, here's an excerpt from my memory.

I remember that I took the day off from work that day not because of the Eclipse thought but this came out as a good opportunity to live yet another passion of mine.

Before going to the University that morning, I had stopped by the Randiv Gandhi Science Centre at Pailles to get one of these Solar Eclipse shades and ew..there was a lot of people in-line waiting to buy one of those things. The queue was ridiculously long but I never felt so happy to be in that waiting line. So eventually while waiting, small talks began. People in the line talked about how they took leaves and took permission from their jobs just to buy one those plastic squared shaped shades. I really loved waiting among those people. 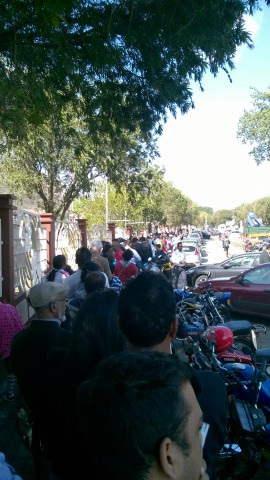 Finally, I made it to the buying counter and bought the most amazing shades Gucci will ever made :D! 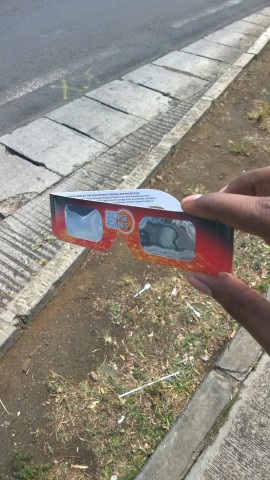 There was actually a lot more going on at the Rajiv Gandhi Science Centre. Guess what! Ground telescopes were being setup. It was the first time that I was actually seeing of these for real! Let alone trying it. 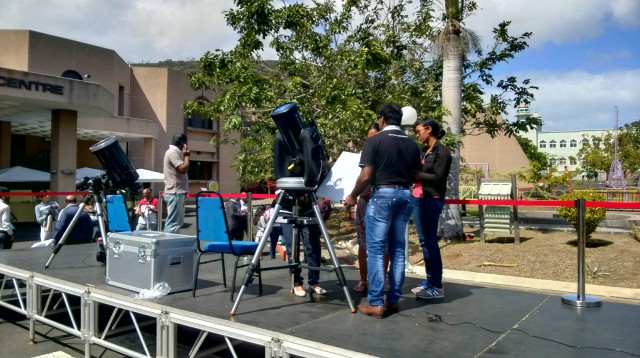 Obviously, Mr. Curiosity (that's me) :P was head first in line but it wasn't eclipse time yet and they wouldn't let anyone near those telescopes. But I wouldn't let this one chance get away from me. It was pleading time!

"Oh please Sir!" said I.
"Please allow me just one glimpse of the Sun!"

Probably with some petty of sort, he asked me to proceed forward on the platform and that was it. Man! I had my very first look of the Sun through a ground telescope! OK that wasn't enough, I had to eternalize this moment so I popped out my smartphone and took pictures through the telescope. 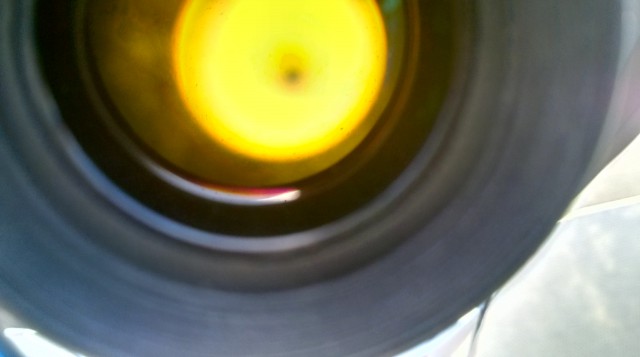 When I finally unplugged myself from the eyepiece, It was high time to get to the University and do my thing but what to worry, I got my shades so I was ready for this awesome day!

The eclipse finally started to hit on my way back to Port-Louis (Mauritius capital city). I was still in a bus, so I pulled out my shades and started looking up the sky through the Window and there was it, A little glimpse of the moon eating out the Sun! This was one of the happiest and most exciting moment of my life!

When the bus finally stopped at Guy Rosemont Square, I sat on of the wood bench and admired the eclipse. I did attempt many times to take a picture with my smartphone with the shades in front of the lens but unsuccessfully.

With a heavy and content heart, I headed back home with regular glimpses at the Sun.
The eclipse finally reached its climax and I tell light the light was very strange and shadowy. It was in a dim-yellowish color. 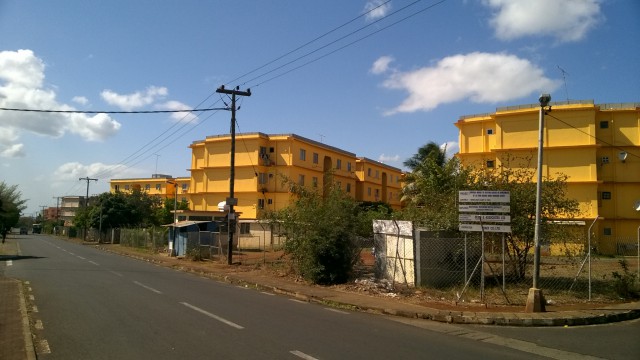 The link has been copied!

Getting the Bellroy :: Hide & Seek Premium In Mauritius 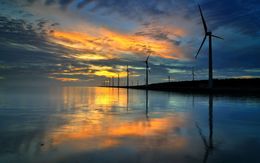